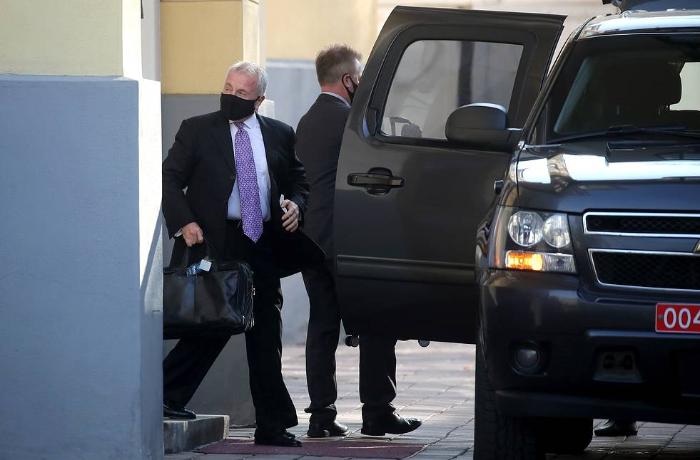 23 aprel 2021
US Ambassador to Russia John J. Sullivan has departed from Sheremetyevo Airport on a London-bound flight from Moscow and will head to Washington on a connecting flight from the British capital, an informed source told TASS.

The plane, carrying the diplomat, took off from the airport at 9:57 a.m. Earlier, Sullivan traveled by a car from his residence at Spaso House in Moscow and parked at the airport’s terminal.

On April 16, Russian Foreign Minister Sergey Lavrov told reporters at a news conference that Kremlin Aide Yuri Ushakov had advised Sullivan at a meeting to return to Washington for consultations.

On Monday, the Axios website reported, citing the US Department of State, that Sullivan would travel to Washington this week to have consultations with members of the Biden administration and would return to Moscow in the coming weeks.

US State Department Spokesman Ned Price did not acknowledge that Sullivan was returning home for consultations on Moscow’s recommendation amid the souring bilateral ties between Russia and the United States.